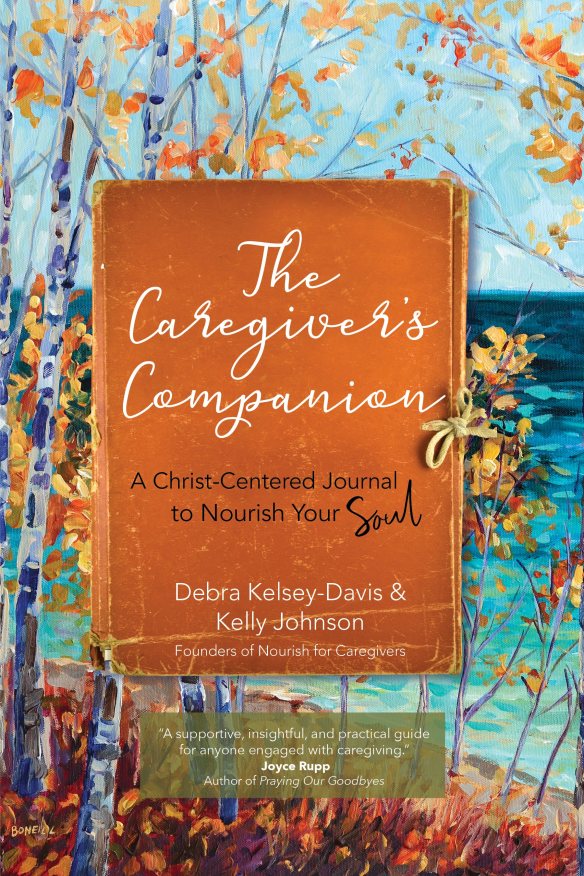 At six this morning, I heard it: the whirr of my mother’s chair lift coming up from the basement. She was fully dressed, and had her bags packed, which means she must have been up since at least three.

“It’s time to go to the train. Judge says I have to go to Vermont.”

That damned Judge — the one in her head, who keeps giving her these untimely messages — is getting on my last nerve. Now, some experts will tell you that when someone with Alzheimer’s or other forms of dementia has hallucinations like these, it’s better to go with them to their world, rather than force them back to yours. These experts have never dealt with a pandemic, so I try to find middle ground.

“Remember the quarantine, Mom? The governor says we all have to stay put … the planes and trains aren’t even running right now.”

“Your Dad says they want me there today. Then it’s off with my head.”

Her head is down, her expression angry. She is waiting for the next move. In this case, distraction. Time for the big guns.

“You know, Mom, we’ve been cooped up here for a few weeks now. I could really go for an Egg McMuffin. How about you? Would you like to go to McDonalds with me? We could wear those fancy masks I’ve been making, and take Sarah with us.”

“And orange juice? And hash browns?”

“Sure. Let’s get a little fresh air. We can’t go to the train because of the quarantine. But if we wear our masks, we can do the drive-through at McDonalds.” And, thanks be to heaven, she nodded her head and grabbed her cane.

I grabbed the car keys and followed. That Egg McMuffin was going to give us a stay of execution.

Has your loved one been experiencing a greater number of auditory or visual hallucinations in the last six weeks, since the quarantine began? How have you been coping? My friends Debra Kelsey-Davis and Kelly Johnson over at “Nourish for Caregivers” are putting the finishing touches on their new full-color journal, “The Caregiver’s Companion: A Christ-Centered Journal to Nourish Your Soul,” available in August through Ave Maria Press (you can pre-order the book here).

Craig is gone this week on business, and Chris and I have been spending some quality time in the evenings. Around midnight last night we were watching Medium (the Hulu reruns are his new favorite program) when we heard a slow thump … thump … thump coming up the stairs.

(Now, this is exactly NOT the program you want to be watching at midnight when there is a thump, thump, thumping going on).

“I think it’s Mammy,” said Chris, peering over his blanket and not moving a muscle to investigate. (Man of the house, indeed.)

So I got up to check and, sure enough, my dear mother had crawled halfway up the staircase, pushing her box fan ahead of her. “Mom! What are you doing?” I chided. 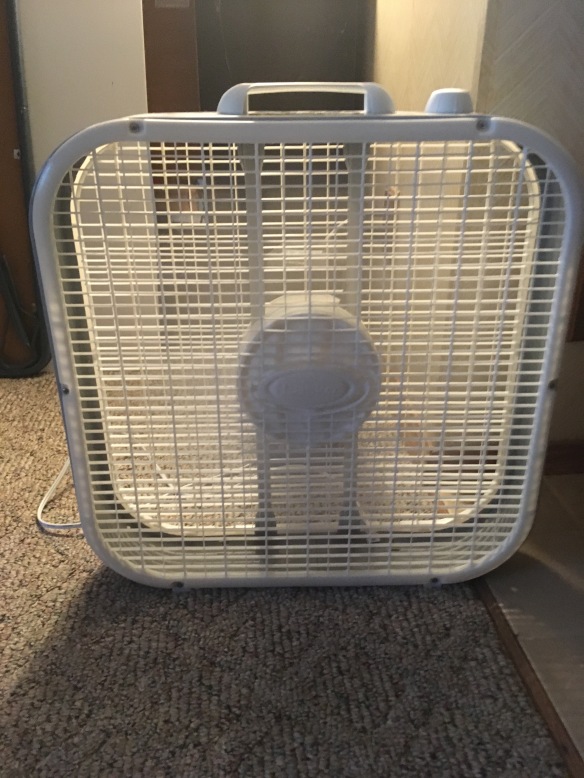 “You told me to bring the fan up here,” she insisted. “I heard you.”

Now, of course I had done no such thing. But I have learned over the past two years not to argue with the voices. Gently I extracted the fan from her grip and put my arms around her, helping her up the last few steps. “Mom, let’s get you back in bed. It’s not safe for you to be climbing these stairs without your chair. Let me get it for you.”  And that is what we did.

Later that night, I got to thinking of the story of Samuel (1 Sam 3:1-11), who heard God’s voice and thought it was that of his guardian, Eli. The elderly priest was blind and had failed as a father with his own two godless sons, but he saw in this young, impressionable boy a chance at redemption. After Samuel awakened Eli twice, insisting that he had heard the priest call him twice in the night, the old man wisely advised the boy, “Go to sleep, and if you are called, reply, ‘Speak, Lord, for your servant is listening.'” (vs. 9).

And the boy did. And God spoke again. And when young Samuel heard what the Lord had to say, he was afraid to give his mentor the message: that the Lord had turned against the house of Eli, and was utterly condemning them. And yet, Eli’s unexpected response must have reassured him: “It is the Lord. What is pleasing in the Lord’s sight, the Lord will do” (vs. 18). And Samuel became a great prophet.

Now, I’m not sure exactly what it is God is trying to say to me through this incident with the fan. Maybe it’s something as simple as, “Make better media choices, both for yourself and as an example to your kids.” Maybe it’s a warning that Mom is going to need closer supervision at night (the progression of dementia can cause nighttime hazards). Or maybe it’s just a simple invitation to spend less time watching television and more time listening for that still, small voice in the night.

Speak, Lord, your servant is listening. 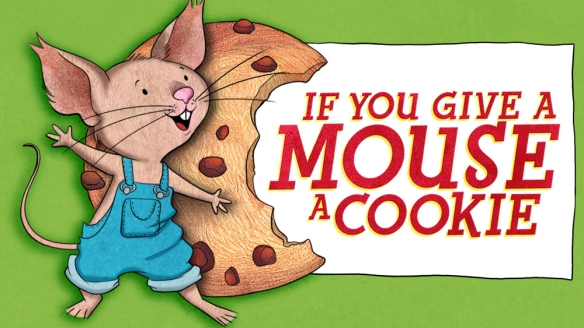 (With a thankful nod to Laura Numeroff.)

If you give a mom a cookie, she will sit in a chair and try to eat it in peace.

As soon as she sits, she will look in the kitchen and see Ravenous Teen left the milk on the counter. Again. So she sets her cookie on the table and goes to the kitchen … Where for the next ten minutes she wipes counters, empties dishwasher, and puts dinner in the crock pot. And, yes, gets herself a glass of milk. With a shot of Bailey’s.

The scent of Bailey’s inexplicably reminds her that she left of load of laundry in the washer downstairs … yesterday. Hoping against hope that it has not turned, she goes downstairs to the laundry room and trips over eight piles of clothes that Messy Teen has transferred from the floor of his room to the floor of this one. Muttering darkly under her breath and rubbing her stubbed toe, she rotates the wash and calls Messy Teen to fold his own danged clothes and take them upstairs. Now it is his turn to mutter darkly under his breath. Mission accomplished.

Exiting the laundry room, her eye falls on her desk, the laptop hopefully poised for action. Sorry she left her cookie (and the Bailey’s milk) upstairs, she sits down and proceeds to grind out 27 email responses, 4 tip sheets, and a proposal review before her tummy rumbles so loudly it scares her. And she remembers she hasn’t had anything to eat today but a few cookie crumbs. And her granola bar stash was discovered by Ravenous Teen 2 last week, and she hasn’t had time to restock. So back upstairs she goes … in time to see her elderly mother’s daycare bus pull up to the drive. Rats. Rats. Rats.

Helping her mom inside, then to the bathroom and back to her chair for snack time, she narrowly escapes slugging her husband when he comes down and asks with great feeling, “What’s for lunch?” Desperately she looks around for a teen to take over sandwich making responsibilities, and sees that Sneaky Teens heard the sound of work and barricaded themselves in their rooms, playing music loud enough to shake the house and wake the dead. “Just a minute, dear.” And she spots a bit of reprieve on the table, which the dog appears to have nibbled around the edges. “Here … have a cookie.”

Thankfully, he did not get the Baileys. 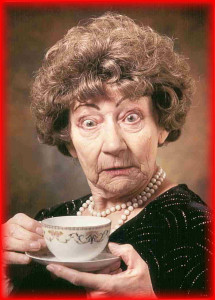 If you give Mom a cookie … She’ll want another one to go with it. Some days, that’s her idea of a balanced diet: one cookie in each hand.

Not always, though. Most days she’s pretty careful to eat and drink like someone with a history of diabetes. But some days, dementia wins and the child in her comes out to play.

I’ve decided that caregiving for someone with dementia is a lot like parenting a toddler. Some differences, of course … I would always want to treat her like the adult she is, and give her as much say in the details of her life as possible (clothing and drink options, etc.) But this is a marathon, not a sprint: To some degree, it’s important to manage the chaos. Especially since I have two chaos-generating teenagers as well as a husband to think of. And the dogs. Oh, Lord, the dogs.

Some of the same lessons I learned (a bit too late, in some cases) while raising Chris and Sarah have come in handy for taking care of mom: