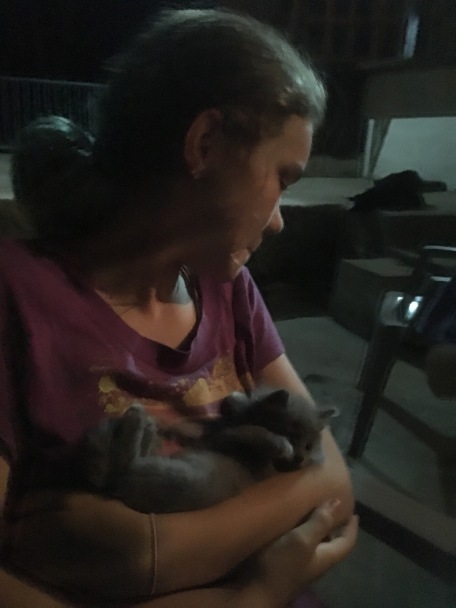 As an Evangelical Protestant (the first 30 years of my life), I went on several short-term mission trips, one for nearly a year (as a teacher’s aide at Dakar Academy in Senegal, West Africa) and others for periods of just a few weeks or months (Poland, Mexico). I will always be grateful for these experiences, which deeply affected my worldview and shaped my values. And this week, my children will get just a taste of these experiences, as we spend time with St. Bryce Missions here in Costa Rica.

To be honest, I’m a bit nervous about how they will do in a world without television, without pizza, without electronics, where they will eat beans and rice several times each day (and be thankful) and have to remember not to flush the toilet paper or walk around without shoes. Where they have to work to make themselves understood. I am hoping that it will give them a taste of how the rest of the world lives, and a desire to share more of themselves with those who have less.

These lessons are not easy ones, of course. It’s been almost thirty years since I was last on a mission trip, and it’s been harder than I thought it would be. My body doesn’t take kindly to such a rustic environment, and I was grateful when my friend Colleen opened her home to me so I could get a real shower and sleep under  a fan for a few nights. We even got to watch an English language movie … I never laughed so hard at Princess Bride. “You keep saying that, but I do not think that word means what you think it means.”

Ironically, the hardest part of the trip also occurred at Colleen’s house, when we came home to find that the dog had torn apart, limb from limb, four of their month-old kittens. “We were not going to be able to keep them, but I didn’t want it to end like this,” Colleen sighed as we cleaned up the mess, unable to salvage her favorite blanket. It was horrible, a stark reminder of how harsh life can be. Back at the Center, another kitten battled for survival — the two dogs cornering her on a semi-regular basis, battling for food. I thought of my two dogs at home. These dogs would have made a snack out of Gretta.

Yesterday at lunch, one of the volunteers — a med student with fluent Spanish skills — admitted she wasn’t sure her summer internship was going to be what she thought it would be. This was her second time in Costa Rica, and she had decided to volunteer this summer to see if she might be interested in becoming a missionary doctor. But she wasn’t sure whether this was going to be a good test, since she felt she hadn’t done very much, apart from cleaning and holding babies.

I assured her that God would use this experience for whatever he had in mind for her. It wasn’t until years after I returned from Africa that I fully appreciated what God was trying to teach me there: Important lessons about detachment, about gratitude, about simplicity, about trust. I had my eyes opened about what life is like for other people, and a chance to take on that experience in solidarity. While I had grand visions of saving souls, the reality was very different: I could not greatly change their circumstances, no matter how many baby blankets and onesies I brought with me. They will still struggle. They will still have enormous needs that are not easily met.

But for just a few weeks, we can love. I hold six-month old Axel, whose mother struggles to care for her child with cerebral palsy and other special needs. Each time he cries, I cuddle him close, grateful that he has not given up hope that someone will comfort him. They say Axel is “slow” because his mother neglected him. But I see a mother doing the best she can, despite impossible odds, to care for her two boys and her sister, whose mother died and who had no one to care for her. I understand the isolation and stress of parenting special-needs children, and I encouraged her as best the language barrier would allow. “You are a good mama. This is difficult,” I tell her. Later that day, I see her playing on the floor with her children, laughing and clapping as Kenneth walks several steps on his own. She catches my eye, and I laugh with her.

Love really is the most powerful force in the universe.