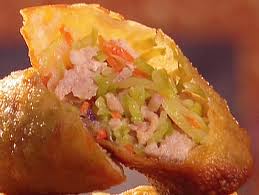 I hadn’t been in RCIA more than a month when I got the summons in the form of a phone call from his secretary. “Monsignor was wondering if you’d have time to let him take you to lunch this week.” My heart pounding, we set a noontime appointment at a local Chinese place a few days later. As soon as she hung up, I called my sponsor.

Well, she was my second sponsor, actually. My first one had quit after just a couple of weeks because I kept asking too many questions. So Dawn — the woman in charge of the program for adults interested in learning more about the Catholic Church — decided to take me on herself. “Don’t worry, Heidi. I’ve been telling him good things about you. He just wants to meet you.”

I arrived ten minutes late to find Monsignor waiting patiently, writing something in his appointment book. He smiled and stood up when he saw me, his Irish brogue warm with sincerity. “I’m so glad you could come.”

Over pork lo mein and egg rolls, he asked me gentle questions until he had heard the highlights of my story: the Catholic boyfriend I was forced to break up with because of his faith; my friend the Baptist minister who resigned his position because of his desire to join the Church; my summer in Poland that had left me groping for God, unable to pray until I found refuge in the last place I ever expected — inside the darkened sanctuary of that historic old parish in South Pasadena.

I had kind of tuned out during my own narrative, telling it as though it was someone else’s story. When at last I finally looked up, Monsignor was studying me intently, his eyes bright. Oh, man, now I’d really done it — I made a priest cry. I glanced at my watch. Two hours had gone by, yet he was clearly in no hurry to leave. He took a sip of tea, and cleared his throat.

“Heidi,” Monsignor Connelly said to me, taking my hand. “You are a gift to us.”

In that moment, sitting there in the middle of that Chinese restaurant, I could not recall the last time I had felt so completely and unreservedly loved and accepted. I was home at last.

Today’s Love in Action: Has there been a priest who has made a difference in your life? Have you thanked him?