A woman who has been sexually assaulted deals with a range of physical and emotional repercussions that are difficult to imagine unless you’ve been there. Helplessness. Shame. Rage. Fear.

For many, there is also a sense of incredulity. How could this have happened? Why me … and why him? Why didn’t God stop it? When will I feel safe again? And then, some discover there is one more horror in store: PREGNANT. His actions toward you were as far from loving as they could possibly be.

The question is: What do you do now?

Today at CatholicExchange.com is a beautiful article about a woman who chose life for her daughter, even though she was conceived as the result of rape. Her daughter is now a toddler, this brave young woman says she can’t imagine life without her daughter. 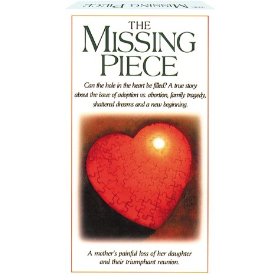 This woman’s story reminds me of a book I read years ago, The Missing Piece by Lee Ezell. Lee spoke at the LA Religious Education Conference years ago when I was an editor at Servant. Hundreds of people swarmed our booth after her keynote address, in which she told the story of the little girl, conceived when Lee was raped as a teenager, that Lee gave up for adoption. Decades later, the two women were reunited … and Lee became a grandmother.  Her daughter was the only child Lee ever had — though she had no way of knowing that at the time.

When a woman is raped, she often feels the subtle pressure to put the whole experience behind her and get on with her life as quickly as possible. If a pregnancy results, well-meaning family and friends may advise her to end the pregnancy so there is no “reminder.” And yet, the trauma associated with abortion — and the guilt — only compounds the original sense of shame and trauma.

Whether a woman chooses to make an adoption plan or to raise the child herself, she allows God to bring something good and potentially healing when she choses life.

1 thought on “Post-assault pregnancy: Is abortion the answer?”